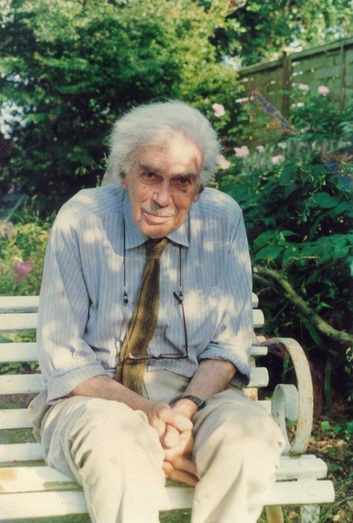 David Ballantyne was a potter, painter, maker, designer-craftsman and teacher, working mainly in the south of England during the 20th Century. This website was created by his family to commemorate the centenary of his birth in October 2013. It is being launched to the public on the 25th anniversary of his death, in July 1990.

Our aim in setting up this site is two-fold.  On the one hand we want to make his work more widely known, and to provide a resource for those who are interested in learning more about the life of this 20th Century British artist.

On the other, we aim to use the site to gather comments and contributions from people who remember David Ballantyne and who would like to acknowledge his impact on their lives and work.  David had many students, collaborators, friends and relations, now scattered across the globe, who may have reminiscences, photographs and other material which would fill the picture out and we would love to hear from them. We intend to expand the website in future and this will include a fuller examination of his work.

The majority of photographs and illustrations on this website belong to members of the Ballantyne family or David’s estate but where that is not the case we have identified the copyright owner and obtained their permission to publish. In some cases we haven't been able to trace an owner but if anyone recognises an illustration as theirs then please get in touch.
If you would like to contact the family or have any comments or information, please use our website's
contact form or email family@ballantyne.org.uk.